[Webcast] Beyond the Hermit Kingdom: North Korea and the Postcolonial World (North Korea in the World webinar series)

National Committee on North Korea and the East-West Center 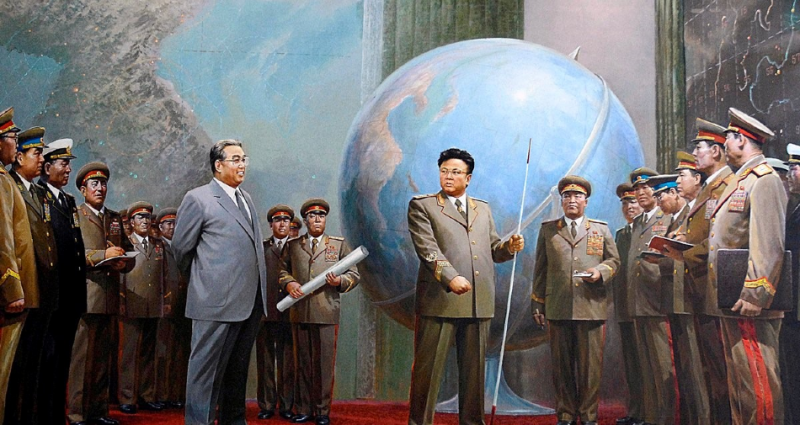 This webinar will discuss the long arc of North Korea’s engagement with Africa, Latin America, the Middle East, and Southeast Asia, beginning with Pyongyang’s early involvement in the Non-Aligned Movement and its support for various revolutionary and anti-imperialist causes. The discussion will highlight key turning points as North Korea’s activities with countries in the “Global South” became less about ideological affinity and more transactional, and will ask what significance these relationships continue to have.

Benjamin R. Young is an Assistant Professor in History/Political Science at Dakota State University (Madison, South Dakota). In Fall 2021, he will be starting a new position as Assistant Professor of Homeland Security and Emergency Preparedness at VCU (Virginia Commonwealth University) in the Wilder School of Government and Public Affairs. He is the author of Guns, Guerillas, and the Great Leader: North Korea and the Third World (Stanford University Press, 2021). Previously, he was a postdoctoral fellow in Strategy and Policy at the US Naval War College in Newport, Rhode Island. He received his PhD in Asian history from The George Washington University in 2018. He has published scholarly articles on North Korea's foreign relations in Cross-Currents: East Asian History and Culture Review, Journal of Northeast Asian History, British Association of Korean Studies Papers, International History Review and the Asia-Pacific Journal: Japan Focus. He was a 2018-2019 CSIS/USC NextGen US-Korea Scholar and has written pieces for The Washington Post, The Guardian, Reuters, and NKNews.org.

Daniel Wertz is the Program Manager at NCNK, where he has worked since 2011. Wertz manages research and publications at NCNK, and is the lead researcher and editor of the North Korea in the World website. He also serves as Chair of the Steering Committee of George Washington University's North Korea Economic Forum. Wertz received master’s degrees in International and World History in a joint program from Columbia University and the London School of Economics, and a bachelor’s degree in History from Wesleyan University.

Satu P. Limaye is Vice President of the East-West Center and the Director of the East-West Center in Washington where he created and now directs the Asia Matters for America initiative and is the founding editor of the Asia Pacific Bulletin. He is also a Senior Advisor at CNA Corp (Center for Naval Analyses) and Senior Fellow on Asia History and Policy at the Foreign Policy Institute at Paul H. Nitze School of International Studies (SAIS). He is magna cum laude and Phi Beta Kappa graduate of Georgetown University and received his doctorate from Oxford University (Magdalen College) where he was a George C. Marshall Scholar. Recent publications include: “America’s ‘Pacific Principle’ in an Indivisible Pacific Islands Region,” (Asia-Pacific Bulletin); “Despite Stumbles, America’s Engagement with Southeast Runs Deep,” (Global Asia); Raging Waters: China, India, Bangladesh, and Brahmaputra Water Politics (Marine Corps University Press); and Russia’s Peripheral Relevance to US-Indo Pacific Relations (Center for the National Interest).