The National Committee on North Korea and East-West Center in Washington invite you to the
North Korea in the World Webinar Series: 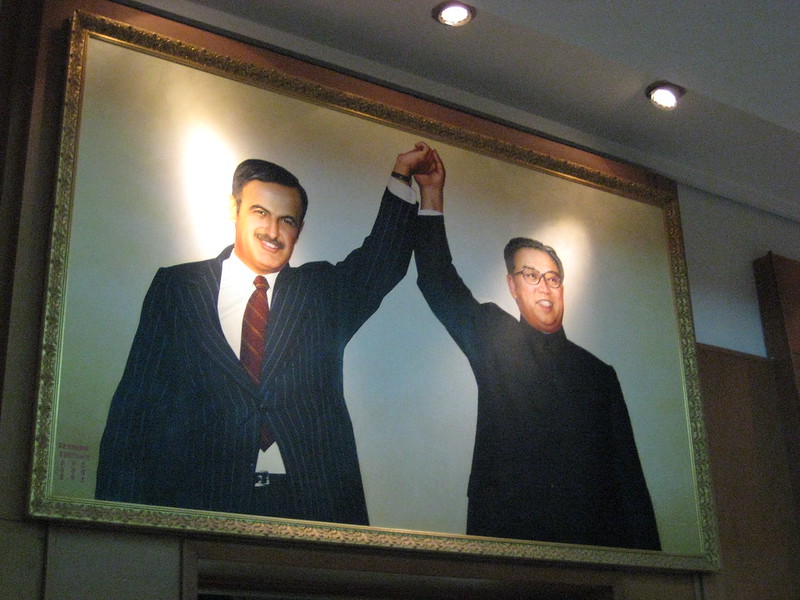 Please join the National Committee on North Korea and the East-West Center in Washington for a North Korea in the World webinar on North Korea-Syria  relations, featuring Dr. Samuel Ramani.

Samuel Ramani completed his DPhil in International Relations at the University of Oxford in March 2021 and is currently a Politics and International Relations tutor at Oxford. Samuel is a regular contributor to Foreign Policy magazine and to think tanks, such as the Carnegie Endowment for International Peace and the Middle East Institute. Samuel has written extensively about North Korean foreign and security policy for The Diplomat, the Washington Post and 38 North. Samuel has briefed and advised the NATO Intelligence Fusion Center, U.S. Department of State INR branch, U.S. Department of Defense EUCOM branch, UK Foreign and Commonwealth Office and France's Ministry of Defense on security issues pertaining to Russia, Afghanistan and North Korea. His first book on Russia's contemporary policy towards Africa will be published by Oxford University Press and Hurst and Co. in early 2022.

Mr. Ross Tokola is the Executive Associate to the Director at the East-West Center in Washington, where he gives advice and support to the Director on ongoing near-term and long-term strategic projects and programs. He is also responsible for the Congressional Staff Program on Asia and for North Korea in the World. Previously, Mr. Tokola was a Program Officer at the Asan Institute for Policy Studies during his five years in Seoul, and worked for the U.S. embassies both in the Republic of Korea and in the United Kingdom. In addition to studying the Korean language at Sogang University in Seoul, he holds a B.A. and M.A. in Philosophy from Heythrop College, University of London, and a M.Phil. in International Relations from the Department of Politics and International Studies at the University of Cambridge.

Keith Luse is the Executive Director of the National Committee on North Korea. Previously, Luse was the Senior East Asia Policy Advisor for Chairman and later Ranking Member Senator Richard G. Lugar at the U.S. Senate Foreign Relations Committee from 2003 until 2013. Luse also served as Staff Director for Mr. Lugar at the Senate Agriculture Committee from 1999 through 2002, where the Senator also served as Chairman and later Ranking Member. While at the Senate Agriculture Committee, Luse made the first of eventually five trips to North Korea. Luse’s Bachelor of Arts degree in political science is from Indiana University. His graduate certificate in public management and additional graduate studies were obtained at Indiana University – Purdue University, Indianapolis.