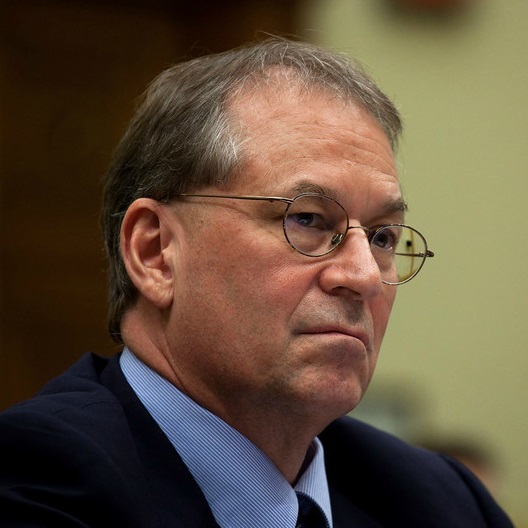 President and Founder
Institute for Science and International Security

David Albright is founder and President of the non-profit Institute for Science and International Security in Washington, D.C. He directs the project work of the Institute, heads its fundraising efforts, and chairs its board of directors. In addition, he regularly publishes and conducts scientific research. He has written numerous assessments on secret nuclear weapons programs throughout the world.

Albright has published assessments in numerous technical and policy journals, including the Bulletin of the Atomic Scientists, Science, Scientific American, Science and Global Security, Washington Quarterly, and Arms Control Today. Research reports by Albright have been published by the Environmental Policy Institute in Washington, D.C. and Princeton University’s Center for Energy and Environmental Studies.

Albright has co-authored four books, including the groundbreaking World Inventory of Plutonium and Highly Enriched Uranium,1992, (SIPRI and Oxford University Press) written in collaboration with Frans Berkhout, of Sussex University, and William Walker, of the University of St. Andrews. A second, greatly-expanded edition entitled Plutonium and Highly Enriched Uranium 1996: World Inventories, Capabilities and Policies was published in March 1997. Albright is also a co-editor and contributor to Challenges of Fissile Material Control (Institute Press, 1999) and Solving the North Korean Nuclear Puzzle (Institute Press, 2000), which one leading expert on North Korea called “the definitive unclassified analysis of the North Korean nuclear program.”

During his career, Albright has testified numerous times on nuclear issues before the U.S. Congress. He has spoken to many groups, technical workshops and conferences, briefed government decision- makers, and trained many government officials in non-proliferation policy making. The media frequently cite Albright, and he has appeared often on television and radio. A National Journal profile in 2004 called him a “go-to guy for media people seeking independent analysis on Iraq’s WMD programs.”

Albright cooperated actively with the IAEA Action Team from 1992 until 1997, focusing on analyses of Iraqi documents and past procurement activities. In June 1996, he was the first non-governmental inspector of the Iraqi nuclear program. On this inspection mission, Albright questioned members of Iraq’s former uranium enrichment programs about their statements in Iraq’s draft Full, Final, and Complete Declaration. In the spring of 2003, after the fall of Baghdad, he initiated a successful effort to retrieve the only complete set of classified Iraqi documents, hidden since the 1991 Gulf War, about making gas centrifuges to enrich uranium for nuclear weapons.

From 1990 to 2001, Albright was a member of the Health Advisory Panel appointed by Colorado Governor Roy Romer. The Panel, responsible to the state’s Health Department, oversees a historical assessment of the toxicological and radiological doses received by the population near the Rocky Flats nuclear weapons production site. On this panel, Albright oversaw the development of ‘source’ terms, which describe the type and amount of dangerous materials that left the plant during daily releases, accidents, or large-scale fires.

In 1996, Albright was appointed to the Department of Energy Openness Advisory Panel, which operates under the auspices of the Secretary of Energy Advisory Board. The panel is charged with reviewing the Department’s Openness policy, which was started in 1993, with the aim of lifting the veil of Cold War secrecy that has surrounded many of the DOE’s activities without jeopardizing national security.

Prior to founding the Institute, he worked as a Senior Staff Scientist at the Federation of American Scientists and as a member of the research staff of Princeton University’s Center for Energy and Environmental Studies. In the early 1980s, he taught physics at George Mason University in Virginia. He has served as a consultant or contractor to the Environmental Policy Institute, the Congressional Research Service, the International Task Force on Prevention of Nuclear Terrorism, Los Alamos National Laboratory, and the International Atomic Energy Agency.

He is an American Physical Society (APS) Fellow. He was the 2006 recipient of the APS’s Joseph A. Burton Forum Award. He received a 1992 Olive Branch Award for a series of articles he wrote, along with Mark Hibbs, on the Iraqi nuclear weapons program for the Bulletin of the Atomic Scientists. He was also a Bulletin contributing editor and was a guest editor of special editions of the magazine.