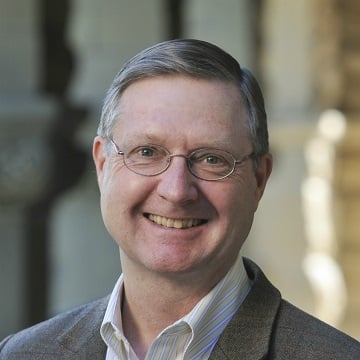 David Straub is a researcher, author, and commentator on Korean Peninsula affairs and U.S.-Korea relations. Straub's current research is focused on the U.S.-ROK alliance response to the North Korea problem.

A Foreign Service Officer from 1976 to 2006, Straub’s career in the Department of State centered on Japan and Korea. He learned both languages, spent eight years in each country, and headed the country offices of each at State Department headquarters. He worked in the US embassy in Seoul 1979-1984, when President Park was assassinated and the Kwangju incident occurred, and he headed the embassy's political section from 1999 to 2002 during the surge in protests against the United States that he wrote about in his book Anti-Americanism in Democratizing South Korea (2015), which was also published in Korean translation in 2017.

Straub was involved in North Korea negotiations for four years, including the first third rounds of the Six Party Talks in Beijing. As director of the State Department's Office of Japanese affairs, he was co-leader of the U.S. team negotiating an upgrade of U.S.-Japan security alliance cooperation (2004-2006). After retiring from the Foreign Service, Straub taught a semester each at Johns Hopkins School of Advanced International Relations and Seoul National University's Graduate School of International Studies. He then joined Stanford University's Shorenstein Asia-Pacific Research Center, first as a researcher and later also as associate director of the Korea Program. In 2017-2018, Straub was the inaugural Sejong-LS Fellow at The Sejong Institute, a policy think tank near Seoul focused on the Republic of Korea's foreign affairs, national security, and unification strategy.

Straub has visited Pyongyang five times, including in 2002, when the United States confronted North Korea with the U.S. discovery of the North's covert uranium enrichment program, and in 2009, with former President Clinton on his mission to return two incarcerated American journalists to the United States.