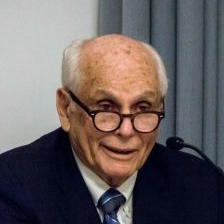 Donald S. Zagoria is NCAFP Senior Vice President and Project Director for the Forum on Asia-Pacific Security (FAPS). FAPS runs six major Track II dialogues on regional security issues in the Asia-Pacific. Prior to joining the NCAFP, Professor Zagoria was a consultant during the Carter Administration to both the National Security Council and the Bureau of East Asian and Pacific Affairs of the State Department. He has also worked for the RAND Corporation and taught courses on United States foreign policy and international relations of East Asia at Hunter College for many years. Professor Zagoria is also actively associated with the East Asian Institute of Columbia University, has been a member of several Columbia University study groups and is actively involved with the Asia Society and the Council on Foreign Relations in New York. He has written or edited four books and more than 300 articles on relations among the great powers in the Asia-Pacific region.

Professor Zagoria earned his B.A. at Rutgers University and his M.A. and Ph.D. at Columbia University.