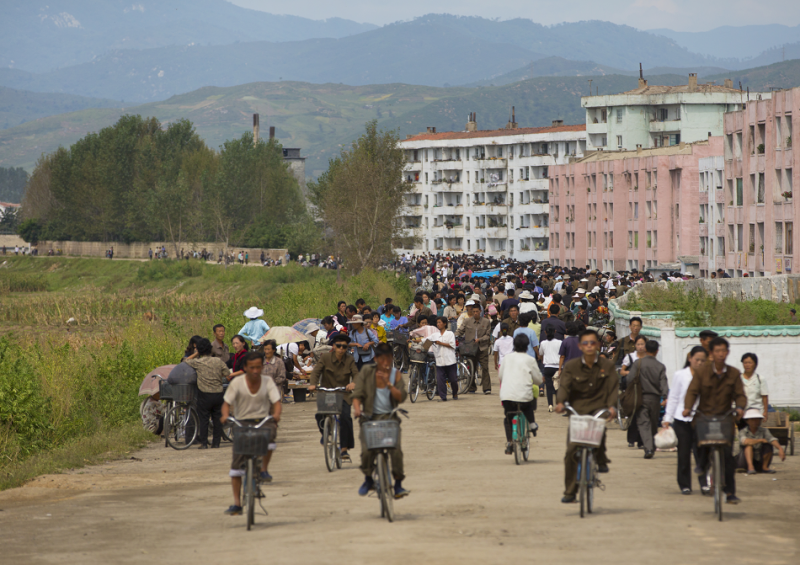 North Korea’s economic transformation over the past three decades, from a faltering planned economy to a hybridized system incorporating market forces, has been well documented. Grassroots market participation provided a lifeline to North Koreans during the famine of the 1990s, leading to the corruption of state officialdom and the creation of new informal economic networks. The North Korean regime has alternated between attempting to co-opt and to crack down on the role of markets in the country’s economy, but market actors have proven resilient and adaptable.

Marketization in North Korea has led to limited social change by empowering a new class of economic actors and undermining the state’s capacity to control the movement of people and goods. Additionally, North Korean women, who have predominated at retail-level market trade, have become the breadwinners for many families, even as patriarchal gender norms and attitudes remain entrenched. Market participation has also provided a route to personal advancement outside of state-controlled mechanisms, thus weakening some aspects of the songbun family classification system. Illicit smuggling networks have provided North Koreans the opportunity to leave the country, while conversely allowing foreign media and other consumer goods to enter.

This report argues that the strategies adopted by individual market participants to succeed in a difficult economic environment may be slowly reshaping social relations, thus creating the beginnings of a public sphere. As market participants devise the means and methods to resolve disputes, establish lasting relationships with business partners, and expand access to information, they are inadvertently promoting the very elements essential to the development of civil society including social capital, generalized trust, shared norms, and overlapping horizontal social networks.

To be sure, marketization in North Korea has not led to the development of civil society in the form of an independent associational life. Nor should one assume that existing changes fostered by markets will result in a wholesale transformation of the regime. The North Korean regime has proven adaptable in co-opting market participants, and retains the tools to manipulate and constrain the public sphere even if has lost its monopoly on the spread of ideas and information.

Nevertheless, given existing shifts in state-society relations since the “Arduous March” of the 1990s, a study exploring the linkages between market activities and civil society development in North Korea is warranted. The linkages between market activities and the building blocks to civil society may help promote the rights and livelihoods of the North Korean people, and shift the ideological framework through which the state must operate. Green shoots in the development of civil society building blocks may be emerging as a result of markets.